I include this on our website for two reasons:

1: This is John’s MGB-GT that he built for his late wife Caroline.

2: John has hired GR Auto Gallery to handle the sale, and will not discuss selling the car – the deal is to be made with GR Auto Gallery not him. (He doesn’t like selling cars)

We of course have the full history of the car and it’s restoration, that will be provided with the car when it sells.

Also of note is that GR Auto Gallery is a great company, many of our customers have bought and sold cars there.  John’s car wouldn’t be there if we didn’t believe that they were a fine company. 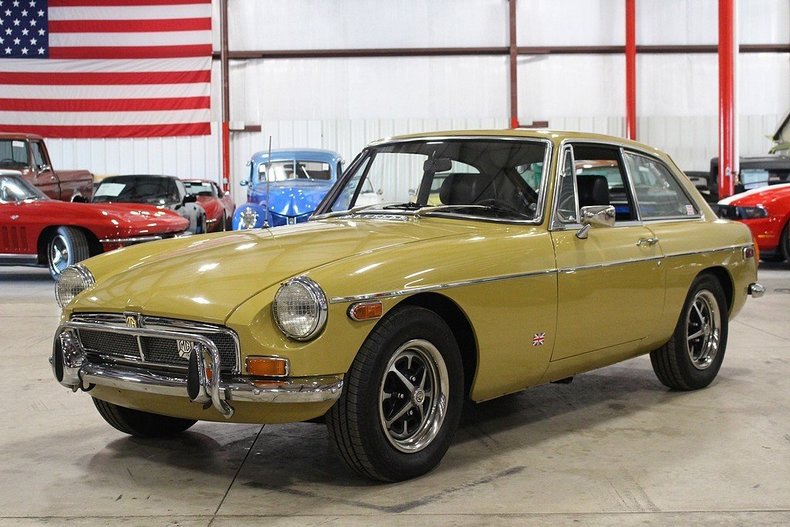 Who says all MG fans have grey hair?

John would like to remind you that if you are replacing the thermostat in your MG to always drill a 1/8″ hole in it that will 1st allow some coolant to flow past and 2nd allow any air bubbles that could get stuck to purge. 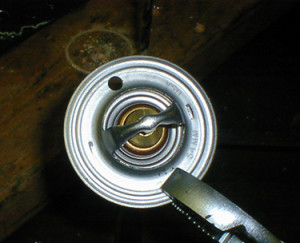 David Evans of California bought an MGB on eBay and had it sent here sight unseen.  Curt worked his magic on the restoration, and here is a synopsis of the first drive.

Dear Mike, John, and Curt —
Bob is absolutely GORGEOUS!!! He looks like a brand new car right off the showroom floor!
The Intercity Lines van had some mechanical problem in Phoenix, so the car didn’t arrive in Las Vegas until Saturday evening before Easter Sunday. The earliest my brother and I could get there was Tuesday, March 29. We stayed overnight, saw the Beatles show “Love,” and consumed mass quantities of hamburgers at the new White Castle!
The next morning we drove to his brother-in-law’s house where Bob had been dropped off. When the garage door opened, it was like opening a time capsule — there was Bob, looking better than the day he rolled off the assembly line in Abingdon. I remembered to pull out the choke before turning the key, and Bob roared — no, purred instantly to life! What a fantastic exhaust tone! I backed him into the driveway, into the Nevada sunlight, and everyone — my brother, my brother-in-law, his wife, their son, and especially me — spent the next half hour admiring your insanely skilled craftsmanship. From the flawless paint — I LOVE the color — to the impeccable upholstery, perfection in every detail! Cecil Kimber would be justly proud!
We put on some filler license plates, and headed for a gas station before getting on the freeway back to California.
(To be continued…)
(Las Vegas: Wednesday, March 30.) I drove Bob to the nearest gas station with the warm, Nevada sunshine on my shoulder. The top was down and I was in seventh heaven! My brother followed me in the Toyota van we’d arrived in the day before.
At the gas station, I filled Bob’s tank, and decided to put the top up so I wouldn’t be blown to bits when we got on the freeway. I’ve watched lots of your videos, John, so I know the correct way to close the hood — er, bonnet — and fold and raise the top — the hood! Well, when I fastened the windshield clamp on one side, the other side wouldn’t close. So I undid that one and went to the other side. Now I could fasten that clamp, but the first one wouldn’t close. I was parked in front of the gas pump all this time, and I was afraid people would start to get impatient, so I left the clamp on the passenger side undone. I didn’t get all the Lift-the-Dot fasteners around the back edge fastened securely, either. ( I absolutely LOVE the new fabric top, by the way!)
The entrance to I15 – south was just a few blocks away, and we made it there in a flash. Bob cruised along at 65/70 mph with the greatest of ease! Perfect coolant temperature, perfect oil pressure, simply perfect! Bob took the long, gradual grades in stride like the perfect gentleman he is.
As we approached Baker, CA, we could see some streaks of rain descending from the clouds that had started to gather. Eventually, drops began pelting the windshield, and you will be pleased to learn that I did NOT cause a major traffic catastrophe trying to find the windshield wipers. And, of course, they worked perfectly!
My brother and I pulled off at Baker and stopped at the Carl’s Jr. hamburger shop for lunch. (There has been a lot of excitement packed into the day so far, but it’s only lunchtime!)
In Carl’s parking lot I made another attempt to get all the top fasteners secured, and without the pressure I felt at the gas station, succeeded!
Back on the freeway, we sailed past the Agricultural Checkpoint at Yermo, and stopped for another break just beyond Barstow at a newish cluster of stores and eateries at the Lenwood Road exit. My brother phoned his wife to let her know we were nearing home and to let her know I would be taking the three of us out to supper (not in Bob!).
Crossing the Cajone Pass was a breeze, but we encountered a bit of rush out traffic on the final leg of our journey. We pulled into my brother’s Rancho Cucamonga driveway while it was still light. His wife fell instantly in love with Bob, and if they weren’t both over eighty years old, I’m fairly sure that they’d be looking to buy an MG in the near future!
Bob ran flawlessly the entire trip, and he looks spectacular! All that remains is to get new license plates for him. I plan to take him to the DMV tomorrow for that!
Thank you again, Mike, John, and Curt for making Bob such a dazzling car!
Warmest wishes, — David

I subscribe to Automobile magazine, and brought in a couple of articles for John to read.  He found them both interesting, so I thought I’d share them with you all as well.  -Mike

Where Are They Now? By P.J. O’Rourke

The MGINEERS have almost completed their task! 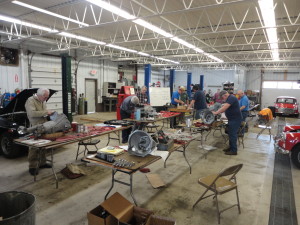