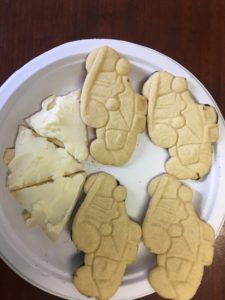 I became aware of MGs in England on a trip with the Boy Scouts in 1962 when I was 13.  By 1965 I resolved to own an MG and purchased my first MG in 1968.  I was first paid to work on another’s MG in May,1971; resolved to devote my life to MG in Nov 71; spent a year in England 1972/1973 at the original University Motors; and in January 1975 opened my own University Motors.  I was joined in the business by my future wife, Caroline, in early 1977.  We operated UML at two locations for 34 years.  In the summer of 2009 I shut down the business (the economy was terrible and Caroline was dying of cancer), only to reopen in the spring of 2010 after Caroline’s death.  We soon moved to our present location and operated from our Patterson Avenue address from April 2011 until the first of this month when Forrest Johnson of Rusty Moose Garage assumed the operations.

It has been an incredible run!  In my 46 years in the trade and operating as University Motors for 42 years, we’ve enjoyed many successes and met so many great and wonderful owners!  We sponsored 30+ Summer Parties; 30+ years of on-site Technical Seminars; formed up the North American MGB Register, the British Motor Trade Association, and the West Michigan “Old Speckled Hen” MG Car Club. In addition, we serviced thousands of MGs.  Now it’s come full circle.  I travelled to England in October of this year to present tune-up seminars at the MG Owners’ Club near Cambridge.  Further, I have been named as a charter inductee at the Moss Motors British Sports Car Hall of Fame.  But, I’m not really re-tiring – it’s more like re-treading.

I had seriously considered another auction for equipment and memorabilia but that is now unnecessary.  The heavy shop equipment was sold to the firm moving into this building (Corvette and muscle car restoration).  Forrest has the used parts.  The new parts were sold as a package.  The specialty tools I’m selling within the trade.  Some of the memorabilia will appear on eBay.

Instead of an auction, we are celebrating University Motors’ 42nd Birthday and John Twist’s Retreading on Saturday, January 21st.  It will be a PARTY, not a wake!

Freed from the daily business operations, I shall have more time to dedicate to MG technical publications and presentations.  My website www.universitymotorsltd.com will remain active.  I will continue to make YouTube videos and attend the various MG events throughout the country.  I am available to present technical seminars for your club, organization, or business.  A brochure describing lectures and seminars will soon be posted on the website.  You will always be able to contact me via the website or email.  I shan’t be far away!

All workshops are limited to five participants.  Cost for the two days is $400.  Email me for the registration / hotel information.  I can schedule an additional date if more than five people wish to attend. 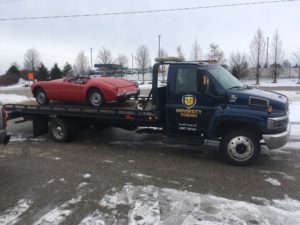 John asked me to post this – And no, he did not buy a tow truck,  Or another MGA.  The MGA is here to be restored by Rusty Moose.

As of December 1, 2016 University Motors no longer services vehicles.

John Twist is going to continue in the community, and will continue to offer technical advice and put on seminars.

Keep an eye on this site, we’ll update with new events soon!

Would you believe my soon to be former boss was inducted?

The first is a listing of our suppliers and vendors, or our trusted resources.    Click here.

The second is technical questions and answers.  Click Here.

I will continue to update our site, so stay tuned! -Mike